Zahara set up the Grand Hall for a party. She some tables and chairs around the room, and a small bar, and made sure that there was a big dance floor. She decorated it up really nice and smiled as she found the soothing dark tones better for this party. It was, after all, just a small get together. She ensured that the tables for the feast would be up, right where she told the cooks to put it and then left the room. She would later return for the party itself. The doorman was well aware that it was an invitation only party, so he had his guest list in front of him. Zahara returned to her room to get ready for the party. 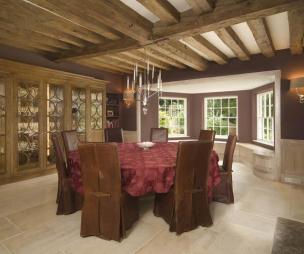 The doorman awaited guests to arrive with his list in hand. The time had come for the party to start, and Zahara had left strict orders that it be started on time. He opened the doors and waited....
(( OOC: Anyone who recieved an invitation is invited to post ))
Top

Balerion arrived relatively early. Zahara had so looked forward to this party she had planned. It was nice for once not to be the host, but rather one of the invitees. Upon entering the great hall, barely missing squishing the door attendant, Balerion smiled. It was exquisite. An abundance of everything, especially those pies that he and Dwayberry liked so much. The musicians obviously knew their craft well and a few of them looked plump enough to make a nice after dinner snack, especially the harpist. Balerion's eyes spotted Zahara and he descended upon her position.

Everything looks perfect my dear, you have outdone yourself.

Strolling towards the location, making sure twice it was the right place, making a once-over in daylight before approaching it in the evening....finding the door, Stew, decked out in Black and Red, approaches the doorman, holding his invite.
Greetings. I am Stewart Longfellow, here on invitation from Zahara Sunspear to the party this evening?

Offers the man the invite, before doing a doubletake, making sure all his gear was still with him, simply tucked out of sight for the time being....felt odd not carrying his pack of many things...
Top

"Thank you.. It took all day to get it just perfect. If you'll excuse me, I'll be right back."

She looks towards the door to see Stewart arriving, just as he said he would. She smiled as she walked over to the door.

"I see you found the place. Hurry in.. there are many for you to meet. "
Top

Cathrina entered the grand hall and looked around. Looking around she sees Bal, Zahara and Stewart. Walking to her sister and Stewart, she hugs both tightly "Sister, you've done a lovely work planning and decorating. There is one person mssing though *sighs*

She smiles again as she see Cathrina come through the door. The doorman seemingly opening the door and asking people if they have a coat that needs put away during the party as he allows the guests through. She accepts her sister's hug and tries to reassure her.

"Perhaps he will come later, sister. Give him time."

She then looked at Stewart

Looking around the room, naturally curious but hears Zahara, nods and smiles
Of course....don't want to get lost and wind up well....missing...

Aniel enters the hall and notices the people that have already gathered around.
She waves at Stewart "Hello."

She then turns to face Zahara and Cathrina
"Are we expecting a lot of guests? I believe, i never paid that much attention to the guest list."
Top

Just as Zahara is leading the way towards the back of the room, her arm linked in Stewart's, she hears Aniel's voice.

"We invited a good few, but I believe at this time, it is mostly family. Actually, it is just the 5 of us at this time. "

She lets off a soft sigh as she answers Aniel's question, thinking to herself that she hopes more people attend. Feeling somewhat discouraged at the lack of people, and hiding it behind a smile, she used her free hand to smooth out her dress.